There is an art to discussing tough issues. Actually, the same art applies to silly issues too but we don't get all that upset about them. When I was growing up, my family and I used to have strong debates. As the little guy in the pack, I had to learn to voice my opinions strongly or they would get lost in the noise. Strongly voicing opinions can be helpful and definitely conveys passion but it isn't always that effective at getting the message across. It is particularly ineffective when your opinion is wrong. As Kathryn Schulz describes in 'Being Wrong', you aren't aware of a feeling of being wrong, since the moment you realise there is a problem, you start finding the holes, so you never really know you are wrong. I think there are techniques to use in communication that can mitigate our natural, very human, way of creating stories to explain things where our confidence arrives well before the story has been rigorously attacked. One way is to try ensure you are balancing any discussions with an honest attempt to understand the other person's argument. Not simply a leading question that carries in it the answer you are looking for, or a trap that means the question is more a statement or jibe. A really solid, probing question that comes from a desire to understand. Warren Berger has written a great book on how to ask 'A More Beautiful Question'. It is worth reading over and over. 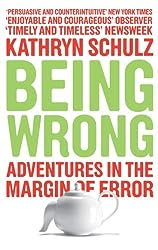 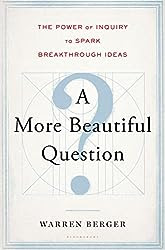 We also need to make space in our communication. More generally we need to make space in everything (our days, our meals, our minds etc.) but I have definitely been a culprit of verbal diarrhea on more than my fair share of occasions. A former colleague of mine loves recounting the tale of a 'discussion' I was having over the phone. He sat on the opposite side of a divide to me and I was on the phone. I was deep in the throes of an intense one-man (me) explanation of my thoughts. Arthur received a call and tried to let me know that Jonathan was on the phone for me. I kept waving him away asking him to take a message without listening to what he was saying. It is fair to say that sometimes flow exists for me when I am talking passionately about something. Everything else ceases to exist. This can be a big problem when the person you are talking to has been disconnected some 3 or 4 minutes ago. Jonathan had called back receiving a busy signal and so tried someone else and I had not heard Arthur saying, 'It is Jonathan for you.' As Schultz said, the moment I said 'Jonathan, are you there' to complete silence... there was no chance to feel what it is like to be wrong.

I still fail at this often when I get carried away, but I consciously try and shorten the time I spend explaining an idea, and increasing the gaps I give, either for silence for both to think, or for me to listen or question. Winston Churchill is credited with saying 'If I had more time I would have written a shorter letter'. The same probably applies to thoughts. The shorter you can keep your point, the more likely it is you have thought it through and come to a point of clarity. There is the idea of an 'elevator speech'. If you had to make your point in an elevator, what would you say? You usually wouldn't have more than 100 words to do it. Each letter counts. So does each pause. As they say, music exists in the gaps.

Another place where I have had to adjust is when you have a partner who is largely discussing the same side as you. In the bigger scheme of things, you are trying to help another person understand something the two of you get. Having two people reduces the monotony of listening to one voice, but it also means we have to learn to hold our tongue and go with the flow. The other person will not say something exactly the same way you would have. You may even have subtle disagreements. It is however important to remember that you aren't going to fully educate your audience, change their mind, or merely influence them significantly in one session. Understanding comes slowly and little details will not be remembered. The best example of how to solve this comes from 'Whose Line is it Anyway'. In Theatre Sport you have to go with the flow for it to work. You have to work with the partners and not constantly be trying to change direction or add additional colour to idea that has already had its elevator ride. You build off each other and feed off each other. The lesson is there for communication. It is a dance of ideas. The minute it ceases to be that and becomes a lecture is the minute I switch off. I may listen and watch as an anthropological experiment, but you will have lost me as an engaged participant.