When I moved to London in 2008, one of the noticeable differences was less worry about inflation. I worked in investments and all the numbers in South Africa focus on real returns. In other words, the money you have made after accounting for everything getting more expensive. Once inflation dips below 2-3%, people forget about it. Prices still grow, but quite slowly. Now when I visit South Africa, it is cheap relative to London. It is cheaper for me to travel here than it is for me to stay at home. But the numbers have gotten silly. 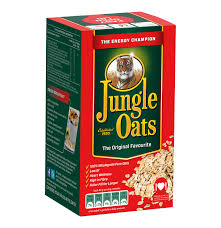 When I was growing up, I would get R2 on a Friday for having made the porridge for the family in the morning during the week. My 'Porridge Money' would be enough to buy a Super Moo (flavoured milk drink) and a packet of crisps. Movies would cost around R7.50. Now they cost about 10 times that. R75 is still much less than I would pay for a movie in London. Gem and I like to go to the Peckhamplex. An independent cinema which charges 'just' £4.99 (About R110). 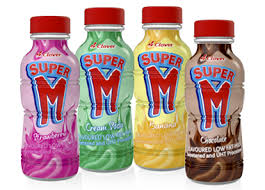 Inflation is a funny animal. People already don't really understand money, and inflation makes things even more complicated. Investment people panic about inflation and they panic about deflation (seen in Japan). Japan has seen decreasing prices. This means if you keep your money in the bank and it stays the same, you will be able to buy more with it tomorrow. Steady, stable prices are easier to deal with and plan for. Houses in Tokyo are cheaper today than 20 years ago. Tell that to a Londoner.

Mansa Musa of Mali (1280-1337) was the richest person to have ever lived. Timbuktu where he lived boasted vast libraries, and was a centre of learning and prosperity at the heart of the Trans-Saharan trade route. He was a Muslim (Africa's trade history with the East long predated its interaction with Modern Europe) and once did a pilgrimage to Mecca. He was so rich that he freely gave people gold. Like a world where the richest man has all the water, Musa brought rain. This wreaked havoc on Egypt when he past through. The amount of stuff stayed the same, but now everyone had lots of money! It took more than a decade for things to regain some normal functioning. (As an aside, the first European 'discovered' Timbuktu in 1828. By that time, like Rome, it had fallen) 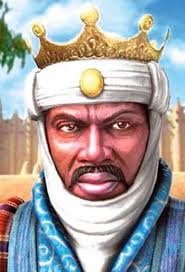 Inflation and Deflation aren't well understood. Even by people who understand money a little better than average. Money is a very abstract concept. Money isn't actually a thing. It is a promise of a thing. It doesn't do anything itself. It is a lubricant, or a messenger, or a tool to help people be productive. It is smarter than barter, because you don't have to find someone who has, or does, what you need. You can just set a price. The problem with prices is they move up and down. Price is not value. It is based on supply and demand. How much is wanted and how much there is. It changes. Inflation up. Deflation down.

One of the push-backs I have heard on Universal Basic Income is that it would lead to inflation. That basic food stuffs are already expensive, but that if everyone was given enough money to buy food, accommodation and education, the prices would just sky rocket. This is partly true, but it also misses the point.

The richer people get, the less they spend on the basics. We only need one bed. Our tummies get full. Our needs get met and we move into story land. If you want to make money from a rich person you have to tell them a story. You have to convince them that the wine, whisky, coffee, cheese, holiday, art or whatever is incredibly unique. Convince them they are inadequate now, but you can help. You have to make them feel special. You have to decrease the supply. You have to provide the one and only. You aren't dealing in the realms of need anymore. You are dealing in the art of illusion and manipulation. Of smoke, mirrors and heart strings. If they think they have enough, you have lost.

If everyone had a Universal Basic Income, basics probably would get more expensive. Only if there wasn't enough of the stuff. So if there wasn't enough bread, but demand increased because the hungry now could 'vote for bread', then yes the price would go up. All this would mean is that we would now know we need to make more bread! Denying someone the ability for vote for bread, means that the price of bread is wrong. It should be higher. We should make more bread. Higher prices will encourage more bakers. It doesn't mean the hungry should stay hungry.

Even if a UBI lead to inflation of basic goods, the poor would still be better off. They would be able to afford bread. The better off would just have less money available for their stories. That sounds like a good deal to me. When we started making enough bread, the prices would normalise again. Instead of one Mansa Musa, we would have people with full tummies able to tap into their creativity and fully participate in society.
Posted by Swart Donkey at 12:28 pm