You need money. You don't have to work for money. Capitalism is the idea that you can own Capital, and that Capital can do the work so you don't have to. That is the fundamental cause of some of the biggest conflicts of the last century. Breaking the link between who does the work, and who gets paid. It breaks thousands of years of intuition.

Some people opt out. They work in moneyless communities. In off-grid subsistence communities. Hut Tax stopped that. Tax in general. On income, land, and consumption. It prevents you from opting out... unless you have Capital.

The irony is that Capital isn't the enemy of Labour. Capital sets Labour free. It lets you make choices with how you spend your time that isn't based on how much you will be paid.

I believe in building Buffers and Engines. A Buffer is enough Capital that you have the Financial Security to raise your eyes from living hand to mouth. A Buffer gives you breathing room to study, change directions, think, pause, and just be aware of the direction of your life. An Engine pays you a Basic Income for life. It works for your money, and frees you to choose what to do with your time. You may still be paid, even paid well, for what it is you do, but you no longer have to work for money. There are many other incentives to work. There are lots of types of work that don't pay very well.

You may be lucky enough that your parents, friends, and community gave you a Buffer. They supported your studies, chipped in for a car or house, helped get you a job, provided advice along the way, and eventually let you go when you were your own Engine. But it is very empowering not to have to think of yourself as a money generating machine. To be able to take the next step and build an Engine yourself.

Countries like Australia have models for long-term thinking (Superannuation Funds). Often we have to take the pain upfront to build Engines. If you always eat everything, you can't build an Engine. Another interesting model is the growing number of Sovereign Wealth Funds.

I love the idea of a number of Community Wealth Funds growing. Small groups of around 150 people who build Buffers and Engines for each other and invest in each others' lives. Who help set each others' Labour free. That is a Capitalism for everyone to believe in. 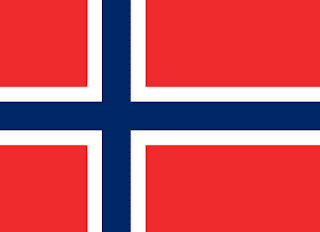