When I was 14, I had an incredibly gifted Maths teacher named Mrs Chick. Everybody loved her, and she loved everybody. I had a habit of driving her nuts though. Particularly in Geometry. I would arrive at the solution, but she said I 'always went via Cape Town'. We lived in Durban. To give some context, Pretoria to Durban is 627km. Going to Pretoria (via Cape Town) is 3,000km (depending on the route). I left South Africa for the first time as an adult when I was 18. I had never visited Cape Town. It was far away! 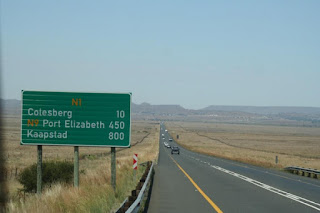 One of the companies I was later a part of was full of smart people, united by the fact that we were all weird in some little way. One smart was not the same as the next. They clashed, and brought up different things. That is clearly true of everyone in the world, but being in the same company gives you a common purpose that requires interaction, and interdependence.

I used to do a lot of public speaking, and would actively seek out feedback by doing lots of dry runs. These dry runs were draining. Not only would the audience see things I didn't, or understand things differently to how I intended, but they weren't shy to let me know. Each session would leave me a little punch drunk. I would go back, tweak, and then have another crack. By the time I got to actually doing the talks to the real world, the multiple sets of eyes and minds had given me a wealth of practice.

I believe in independent thinking. That each of us can add something by clearing our minds of what others think, and looking afresh. We see the world differently, and no one else will ever see it in the same way. Our realities are built up by the experiences we have had, the conversations we have had, the things we have read, and the time we live. Only one of us does it the way we do.

I also believe in thinking in the open. It is confusing. You need a thick skin and emotional resilience. It is much easier to push on in the dark until you find something 'worthy' of the light. Easy restricts us from the benefits of exposure to other minds. We don't have to take on board everything everyone else says. We can't. But the more we listen, the brighter our torch to find a path.

So onwards. With a sense of humour. Dive in. Get lost. Learn. Just make lots of noises so people know where you are, and can point out other routes.
Posted by Swart Donkey at 11:10 am