The global population is due to tick up to 8 billion. So in reality, any practical implementation of a Universal Basic Income is going to have to have simplifying assumptions. “Human Rights” are a goal... an agreement of how we should live. We then need to build that reality.
I prefer the model of bottom-up collaborative savings vehicles, or “Community Wealth Funds”. A Stokvel 2.0 or a “Stokvel that went to Harvard”. England was in a bad way after the Napoleonic Wars. One of the ways we used to deal with hard times was to head to frontiers. We don’t really have the ability to head somewhere with nothing but a strong backbone and willingness to work. The area the 1820 Settlers arrived in had been a warzone between the isiXhosa and Dutch settlers for more than a hundred years. They had cattle markets, and that was where the word Stokvel came from. An Afrikaans name given by isiXhosa people to an English market, and made their own.
“Collective Savings Vehicles” are not uniquely South African, and the mixed-kitchen origin of the idea would have come from and gone all over. There are growing Sovereign Wealth Funds, like Norway’s Oil Fund. Australia has changed the countries savings culture over time through the gradual introduction of powerful Superannuation Funds.
Wealth needs to be built over time. It is a slow process that has to start somewhere, and with protection, can slowly gather increasing momentum. The key question is “how do you sustainably pay for a good idea?” 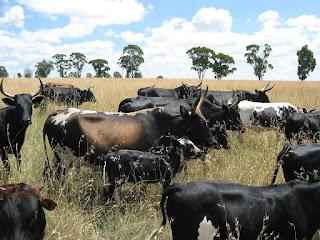