In order to consider a “post-work” world, I had to do some reading about minimalism, and explore the reasons why we get tied into expensive lifestyles.
The default can be to commit to paying off the debt of expenses that end up controlling us. Each spending decision has unintended consequences. Minimalism doesn’t mean you don’t like the thing you don’t buy. It isn’t a case of “I don’t want it”... normally you do want it. The better question is, “in the broader context, is it worth it?”.
At the time when I stopped working, I was single, and I had no dependents. I believed I could sustain paying for the things I valued if I held a broader context in mind.
I get quite defensive of the younger version of me. The problem with being contrarian, and doing something that is different, is that almost everyone tells you that you are wrong before you do the thing that is different. Still, I took my shot. So, when I had to go back to work, there was an awareness of the obvious and plentiful, I-told-you-so retorts.
The world is complicated. Plans change. I still believe it is possible to live off capital in a post-work world. There are consequences. I learnt a lot in my 6 years of attempting to step away from the world of money. So, I try and be compassionate to the younger version of Trevor that stopped working.
I still think strategizing around how to release ourselves from the constraints of how to make money is something worth giving energy to. I still want to figure out a way to direct less of my time and energy to thinking about money. What I did realise about a year and a half in what just how fortunate my bubble of friends and colleagues were.
There are obviously stresses, but decisions have consequences. There are tradeoffs. People make choices. Honestly reflecting on choices and constraints is a privilege. 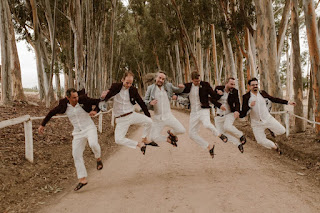