Sometimes it feels like a decision is the defining moment of my life. I work hard at letting go of the idea of defining moments. I try build more faith in the collectivity of moments and how they connect. Part of fearlessness comes from confidence in the ability to repair, recover, and unwind. To nudge into the unknown.
Derren Brown’s book “Tricks of the Mind” had a big influence on the way I try interpret the chaos. He talks about the big events we experience where we all KNOW for certain where we were... like 911, or when Princess Diana died, or when Nelson Mandela was released. There were studies done where they track the stories people tell, and we are often, very confidently, wrong.
We change even memories that we are super confident about, as part of our healing process. The human capacity to create stories about the world to make sense of it. Comforting ourselves with an illusion of cause and effect, that suggests we can understand and control the chaos.
“Tricks of the Mind” also talks about hallucination and hypnosis. Our ability to relax into versions of reality that help us make decisions. Hypnosis is simply relaxing into giving someone else control of decisions. You are not faking. It is not that someone else has control. You are letting them instruct you. Those who are super sensitive to this being “acting” would have barriers to this working. Myself included. Someone telling you to relax often has the opposite effect.
I saw a show where they removed the middle chair, with someone’s head and feet on the others. They stayed stiff as a plank. It’s not that they were doing something impossible, instead they were not imposing their vision on the world of what was and wasn’t possible. They were relaxing into it, and then physics was setting the boundaries rather than them.
Going deeper into yoga stretches is similar. It is more about relaxing than about trying. You allow your body to stretch by releasing control. You go deeper by breathing. 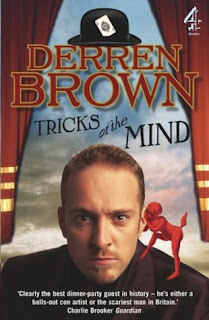